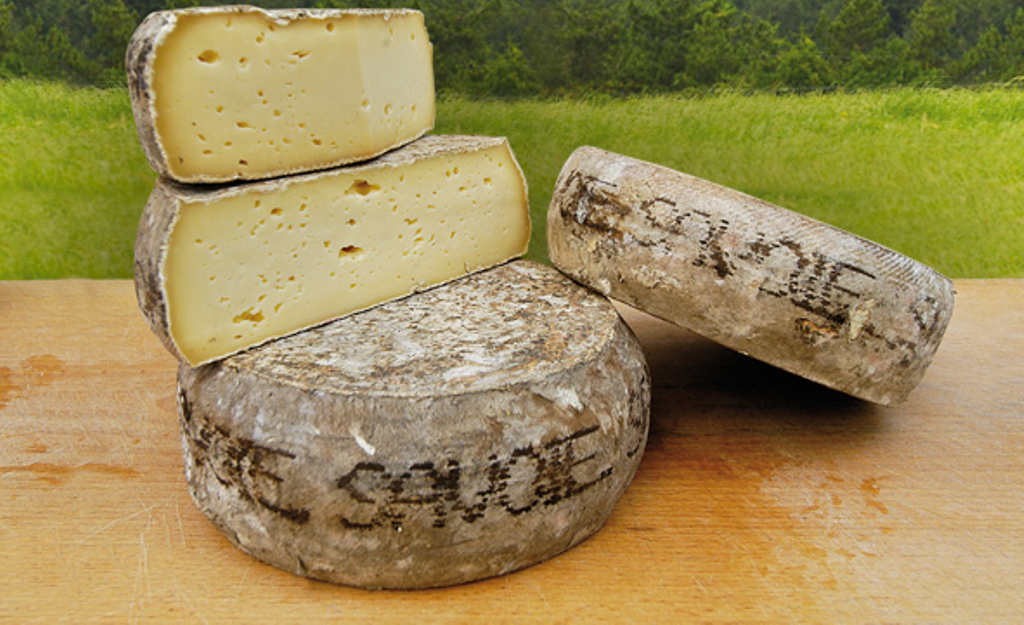 Savoy: a land shaped by man.

The term is generally considered Savoie from Sapaudia, mentioned at the end of the fourth century in the history of Ammianus then in the fifth century in the Notitia Dignitatum and Chronica Gallica. It is also necessary to determine the meaning of "Savoie": is it a man's name called Sapaudus also completely ignored then would it not rather an allusion to fir (fir) symbolically covering the whole country? A document mentions the Carolingian IX century the Saboia (which appears to include only the Combe de Savoie) and it was not until the twelfth century to find the title of Comes Sabaudiae the Sabaudia (or Sabauda) then being regarded as the field the new princely family which gradually takes the name "Savoy" as patronymic name.

Savoy can be seen at large (Sabauda in Italian) as the entire state dominated and run by the family of the same name, ie the set of "country" stretching from Bresse Canavese, the current canton of Vaud in Nice area, which took the territory of the Kingdom of Sardinia name when Victor Amadeus II duke received the royal title in 1712-1723 attached to the Island (Savoy, Empire of earth, could become one symbolic realm). In a narrow sense, Savoie (Savoja in Italian) is the county limited the north by Lake Geneva and the east by the Alpine ridge and then (from 1601) to the west by the Rhone, all became more provincial duchy in 1413 and considered as the historical home of the power of the counts and dukes of the same name.

The Kingdom of Sardinia was called gradually (and fact) kingdom of Piedmont-Sardinia before becoming in 1860 the Kingdom of Italy the price of the sale of the former county of Nice and Duchy of Savoy to France, the last entries in provinces the French fold. To respect the tradition, the Emperor Napoleon would not change the old names Savoie preferring to call the department on the southern part of the Duchy and the Haute-Savoie in the northern part (modesty that had not complied with the revolutionary governments that had called . the Savoie Mont Blanc department in 1792 and in the sharing of it in 1798 Léman the northern part meeting in Geneva then annexed to France Nowadays proposals were made for new names: Savoie-Vanoise for Southern department Savoie Mont Blanc Savoie-Léman or to its northern neighbor but no decision has been adopted to date.

The inhabitants are called the Duchy of Savoy and Savoy, the first term applying primarily from a geographical point of view, while the second refers rather to the political aspect (northern Savoy used as a common name whereas the southern one prefers to use an adjective) It should be noted that as all words in "ard" Savoyard could be considered pejorative where a certain inferiority complex among some local people who preferred the name of Savoyens known intellectuals but who could never prevail in the current opinion.

There are four types of natural areas in Savoie:

first of all, coming from France, the Alpine foreland (Savoie Foreland, Chautagne) consists of folds of the Jura, preceding a plain formed by jurasiennes molasses (Val Bourget and Lake Bourget, Val d ' Yenne, Albanian, Semine, low-Geneva). A river, the Rhone, intersects this monotonous landscape. He is joined by several rivers, cashed in this [6] relief as the south, the Guiers and the Fier and its tributary the Cheran, further north, Les Usses.

then come the préalpes with autonomous massive, medium altitudes, separated together by the locks and the Alps by the Alpine corridor. From south to north, Chablais (No. 1 on the map); the terminals (No. 4); Aravis (No. 5); Bauges (No. 6). Guiconnet Paul describes them as "the Alps are therefore a symphony in three colors: blue white limestone, black firs and green pastures." Many rivers cut these mountain ranges: the Dranses in Chablais; Giffre; Borne in the massif of the same name; The Cheran; the Guiers Vif.

These massifs are separated by large transverse valleys - sometimes called in old books "vestibules mountains" - who "live each in their distinctive name": the Arve valley from Chamonix to Geneva, called Faucigny and gorge of Cluses; Genevois punctuated by the gorge of Annecy and its lake, and the locks of Faverges Ugine before joining the Combe de Savoie, part of the Alpine corridor, which leads the Isère valley, also known as Tarentaise; it is joined by the Arc from the Maurienne; after the groove continues in Dauphiné and he is joined by the Cluse de Chambéry.

Finally, the Alps, large massive critallins, which can be divided into subsets: Mont Blanc, Beaufortain, the Lauzière mountain range and Vanoise.

The alpine landscape is the subject of a particular face of urban preservation and tourism development of the last thirty years. Thus Savoy was awarded three parks for the protection and development of this fragile environment: in 1963, the creation of the Vanoise National Park. In 1995, creation of the Regional Park of the Bauges regional park and Chartreuse. Other places do not enjoy special status are able to maintain an environment less marked by human impacts, such as the Beaufortain or Chablais.

The history of the Savoy is the place occupied provinces Maurienne, birthplace of the House of Savoy in the eleventh century, and the Clean Savoie, Tarentaise, Chablais, Faucigny and Geneva in Europe. Genuine European strategic crossroads, with the key, the control of the Alpine passes, the masters of Sapaudia get the title of Duke in 1416, transforming their possessions in the Duchy of Savoy. By their policy, Savoie expand their territory to train the Savoy States and for power within the royal houses of Europe to acquire the title of King of Sicily from 1713 to 1720 then the King of Sardinia in 1720.

Savoy belongs to the linguistic territory of Gallo-Romance languages ​​and mainly francoprovençal. As in many European countries and provinces where vehicular languages ​​(usually languages ​​of power and administration) and local languages ​​coexist in Savoy traditionally there until today, two spoken languages. Francoprovençal the one hand, the use of which has been maintained by the population (language now threatened with extinction, daily use is 2% of the population in rural and urban space negligible [14]) and secondly the French, the language of the State Civil Duchy since the fifteenth century made official by the Ordinance of Villers-Cotterêts in 1539.

Savoie is an area rich in local produce.

Cheese pastures raw milk as Beaufort (cooked pressed), Tomme de Savoie and Tome des Bauges (pressed uncooked) and Reblochon (uncooked semi-hard cheese) originally from Haute-Savoie, also manufactured in the Val d'Arly, can only make us salivate. Termignon blue (made very locally in the pastures of Entre-Deux-Eaux) gives us a taste of authenticity that the palace enjoys. Charcuterie as pormoniers (fresh sausage with herbs and pork offal), the donkey and goat sausages, the Diots (small fresh sausages made from pork simmered in white wine) and herbs bells are among the local specialties who regale us. Crozets are small pasta squares made from flour and wheat, they like to accompany meat dishes.

Savoy is also a white wine and red wine region, the white as Chignin Bergeron are perfect for an aperitif. The Apremont is a wine that loves accompany cheese dishes such as succulent tartiflette. The Abyme, a slightly rougher wine joins a Savoyard fondue. The red like Mondeuse, Gamay and Pinot accompanying deli dishes like tickle our taste buds.

Discovering the terroir
See all chapters 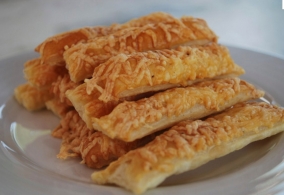 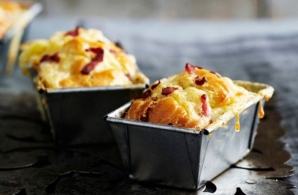