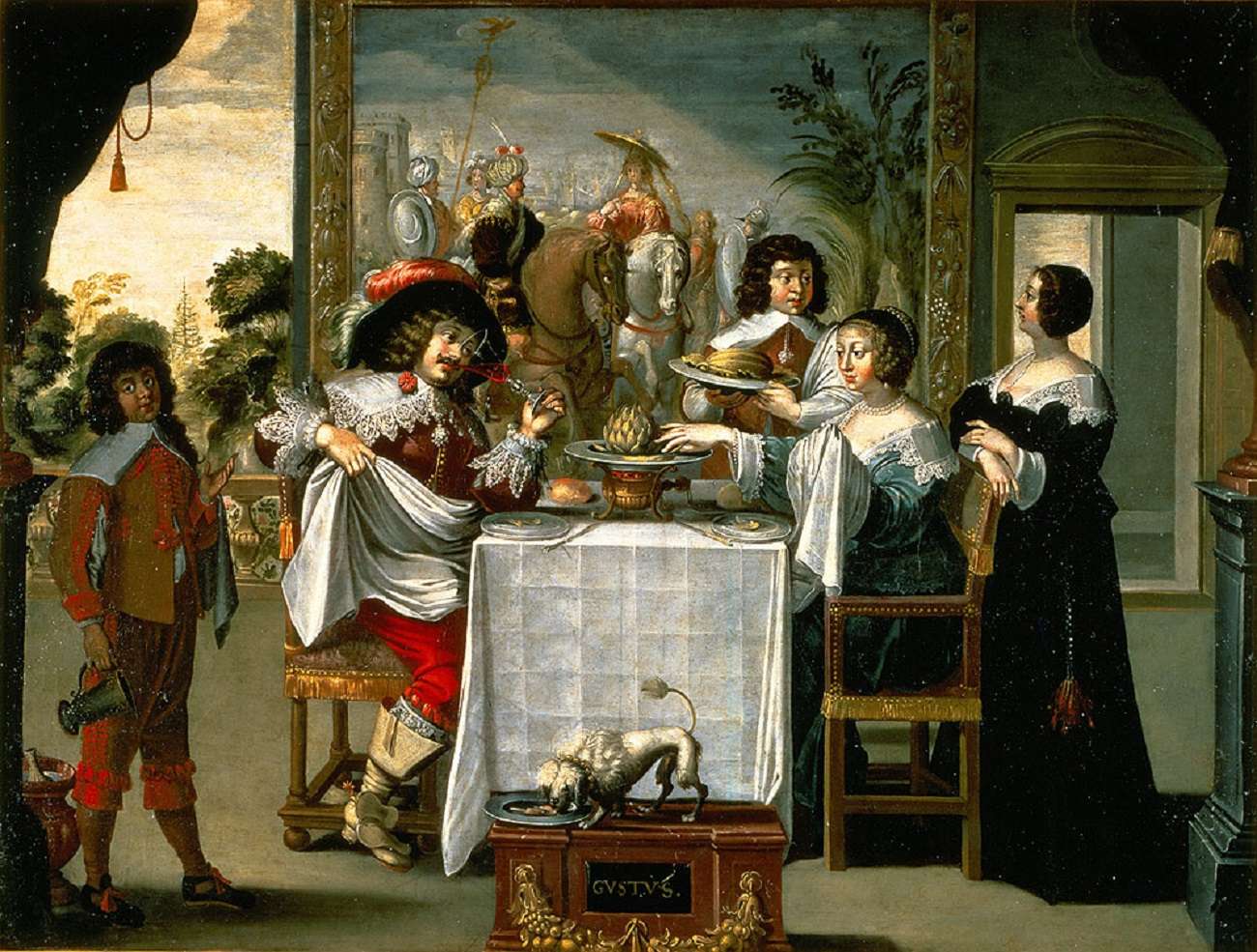 The Encyclopedia or Dictionary of reason from sceience, art and crafts, edited between 1751 and 1772 under the direction of Diderot D’Alembert described at length the cheeses of that time.

At the beginning of the 17th Century, Olivier de Serres told of the first cheeses to come from Auvergne : “ known throughout France, from one sea to the other”  then the Bries.
He gave a thousand and one recipes of fabrication; conservation, maturing (on a bed of wine, olive oil, vinegar, eau de vie, wheat…) and ways of using cheese in cooking.

In France, the cheeses to be imported were those from Switzerland, Italy, Turkey and Holland. In the New World, most historians date the start of the fabrication of cheese in Canada at the time when cattle where introduced there by Samuel de Champlain in New France.

After 1610, the number of colonies increased and the herds grew in size. In fact, the cows, called ‘Canadians’ (or Black Jersey) were descendents of the cows which had been introduced into Normandy and Brittany around 1660. At this time, cheese was already being made by a number of farms according to original processes of the diverse regions of France. Certain documents show that Acadian farmers supplied cheeses to the ships to go to the old countries.

The reasoned Encyclopedia or Dictionary of science, the arts and crafts, edited between 1751 and 1772 under the direction of D’Alembert described in depth the cheeses of the period, like the cooked cheeses Comté and Gruyère:

« Cooked cheese is put in thatch, constructed on the flat peaks of the highest mountains of the Vosges whilst they are accessible and habitable for the people, that is to say during the break from the snow, between May and the end of September.
A ‘Chaumière’ (thatched cottage) is where the ‘Markaire’ (the farmer who is occupied with making cheese and looking after the herd on the mountain pasture) lives with their cows, and is placed in the middle of an area of mountain pasture, which gave the name to theses ‘chaumes.’The term of the Markaire is used only for the Shepard who keeps cows, and makes the cheese, and are at the head of these economic establishments. From the term Markaire, comes the word ‘Markairerie’ which means to thatch and the science of making the cooked cheeses. These dwellings are composed of a living area for the Markaires, a dairy and a stable for the cows; often, the dairy is not distinguished from the living area of the Markaires, but there is always a small gallery area where the cheeses are placed and salted on tables made from strong, thick pine trees.”

The body of these constructions is made from planks of pine tree placed horizontally one on top of the other and held together by large pegs. The slots between the planks are filled with moss and clay to seal the planks. All of this construction which has no more than seven levels of elevation, is mounted by a strong, light framework, covered with planks. The stable is most often a separate building from the living area of the markaires; near a small water source, which can be found easily around the mountains. The water is collected in a reservoir and then filtered off by gutters made from pine trees, placed end to end, and led to in the living area of the markaires and especially to the stable…/… In the living area of the markaires, which is also their milk dairy, the fire which is placed in one of the angles of the building without a chimney. Four or five pieces of granite or stone, of displaced sand which form the circle containing all the masonry. On one side, there is a cask where the soured milk is kept, and is exposed to the fire, on the other side is a mobile support where a chaudiere (boiler), full of milk, is placed on the fire and taken off every so often; the circular shape of the fire is made for the chaudiere."

Other eauipment of the dairy includes :

2) Different tubs, of which some are more wide than deep and others are deeper rather than wider.../…

3) Moulds. These are circles of fir tree or beech, which are  five or six inches wide; one end goes under the other of a 6th of the circumference…/…

4) Two bowls, one flat and one hollowed out

5) Three types of ladle to separate the curds

6) A table with enough space to place the cheese whilst it s in the mould. This space is defined by a channel which collects the whey…/…

At the end of the 18th Century, the cheese lost some ground with regards to urban consumption, especially in Paris where some bourgeois people avoided it. Historians think this was due to the fact that the 18th Century ended early with the fall of the Ancien Regime and the cruel times of the Revolution. They say that with the luxury element of eating, people instead looked for foods that were more ordinary.

Evidently, the suppression of the classes also had an effect on the sellers who provided goods to the privileged. The French Revolution dispersed the monarchist communities and provoked a real lack of cheese in certain areas.

Due to this, the supply in the big towns was seriously restricted. The shortage even lasted through the terrible winter of 1793-1794, the reserves were used up and the individual exchanges were slowed down by the effects of the Terror. A popular proverb of the time of the Revolution was; “Never has a wise man eaten cheese.” Little by little, it was the farmers who requested for the intervention of the monasteries in the production of cheese.