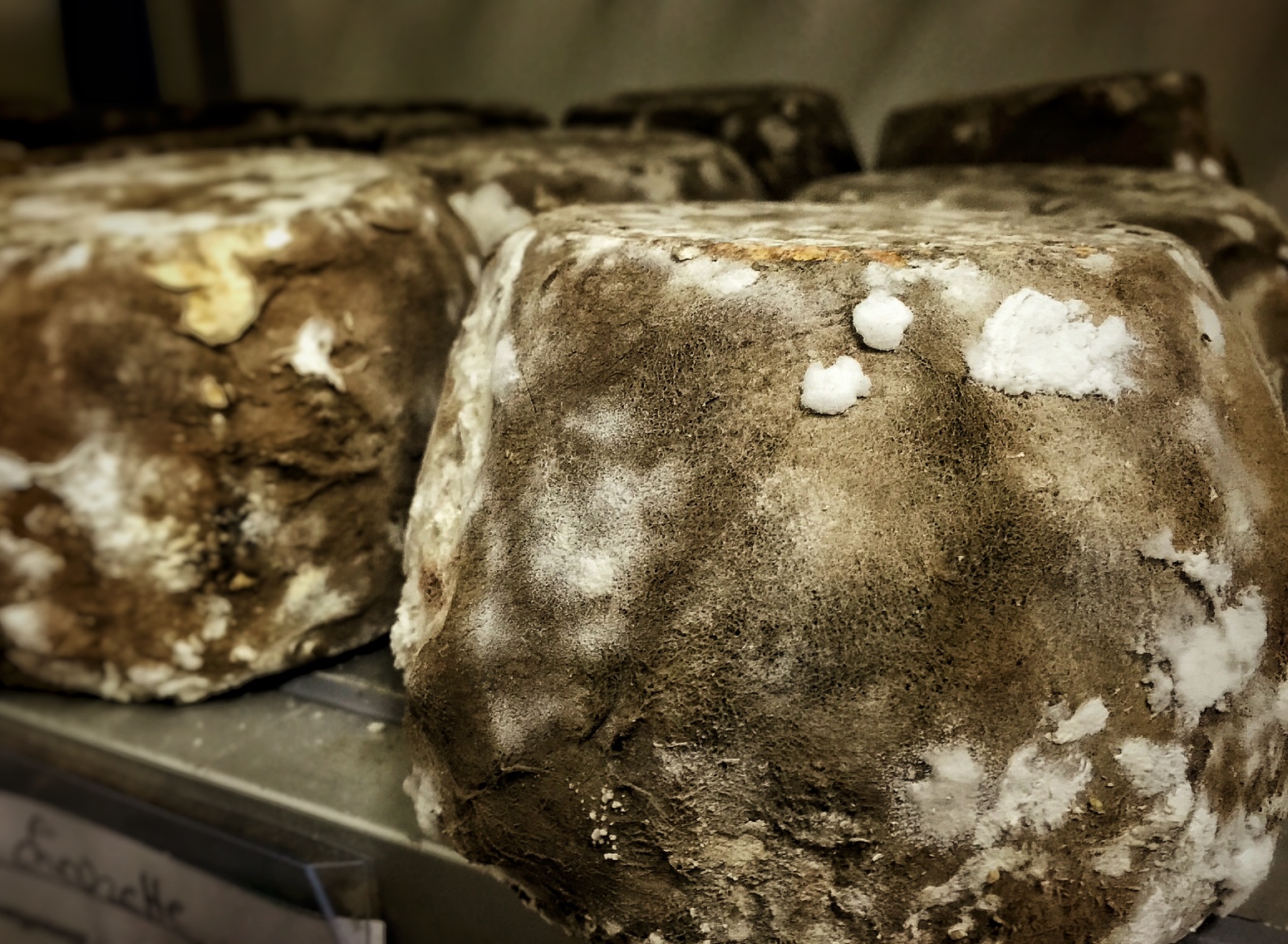 04. Bacteria and mould in cheese

In the cheese making, there are many different types of useful microorganisms used like bacteria, mould and fermenting agents.

Bacteria
- lactic bacteria: this is the bacteria produced from the lactic acid by fermentation of the simple carbohydrates (lactic fermentation). They have an essential role in in making the milk acidic and curdling it, and forms the taste of the cheese (proteolyses, the production of aromas), and the texture. These bacteria are often in the form of selected starters.
- Propionic bacteria: These are the bacteria that ferment the lactates ro give acetic acid and propionic acid as well as CO2. They help form the taste of pressed, cooked cheeses (Emmental, Comté, Gruyere)
- Micrococcus, the non-pathogenic staphylococcus: forms the taste of the cheese, especially washed rind, bloomy and mixed rind cheeses (Munster, Camembert, Pont L’Eveque etc…) These are the bacteria which constitute the floa of the surface of the matured cheeses. They play an essential role in the maturing process.
The starters are found more on the surface of the cheeses than the interior. They reduce the acid of the pate at the beginning of the maturing process, allowing the acidic flora to develop and form the taste


Due to their composition and the conditions of production, milk and dairy products can be contaminated by microorganisms which multiply, provoking harmful transformations to the quality of the products, by the degradation of proteins, lipids and lactose. These degradations can be due to the bacteria, fermenting agents and moulds and affect the taste, odour and texture.

The existence of raw milk cheeses will only continue if we unite to preserve the flora, and eliminate pathogenic flora. The measures put in place should be based on scientific research concerning the production of the trait and the animals, on the balance of macrobiotics of the milk and taking into account the dynamics of the macrobiotics during the maturing process.

The preservation of the diverse macrobiotics along the production chain maintains a macrobiotic biodiversity which guarantees the richness and diversity of the sensory aspects of the raw milk cheeses.  The management of the diversity of macrobiotics of milk until the matured cheeses has been developed recently using techniques from molecular biology.

01. Good cheese depends on good milk 02. Raw milk cheese has travelled the centuries 03. Why continue the production of raw milk cheese? 04. Bacteria and mould in cheese 05. Save the raw milk cheeses
Previous article
Next article