From the humid region of the Haute-Normandy, the Neufchâtel cheese is fabricated in the artisan way and can take on several forms. The most widespread is the original and surprising heart-shape. The story goes that the young women of Neufchâtel-en-Bray offered this cheese to their gallant knights during the Hundred Years War. The monks preferred to say that it represented the wings of an angel. This subject has been a bone of contention and a lovers dream. Close relation to the Camembert cheese in its texture and taste, some people actually prefer the Neufchâtel with its coarse taste and deeper rind.

Under a bloomy rind hides a glossy, soft pâte with a delicate but deep flavour. Classified AOC since 1977, the Coeur de Neufchâtel is in the shape of a heart where the largest dimension is 8 to 9cm, with a thickness of 2.5 to 3cm and a weight of around 170g. Accompanied by a robust red wine and fresh crusty bread, this cheese is a pure marvel.

It was in the 19th Century that the Cœur de Neufchâtel was at its peak. On visiting the region as Premier Consul, Napoleon Bonaparte was offered a basket of the cheeses. Around 1870, the production intensified. A farmer, Isidore Lefebvre, who could not meet the demand for the cheese, had the idea of collecting the pâte that was ready to be formed and to mature them in the cellars of his cheese dairy at Nesle-Hodeng. As a result of these graziers-collectors-affineurs, at the beginning of the 20th century, this turned into collectors-affineurs, such as the Lhernault cheese dairy which still exist today. The savoir-faire of the farmers has not been lost. There are still several dozens of farmers who transform their milk into cheese themselves. Since the Second World War, production has diminished.

The History of the Coeur de Neufchâtel cheese

Born in the heart of the hedged farmland of the Pays de Bray, this soft, lactic cow’s milk cheese with its bloomy rind is the oldest cheese to come from Normandy. It is mentioned as early as 1035! The peasants of Bray perpetuated the tradition of the ‘bondons’ and the ‘angelots’ (other names for the Coeur cheeses) throughout the first millennium. They used the resources from the land in Normandy where the cows produced creamy milk. They also had at their disposal exceptional caves where mould naturally flourished, where Penicillium grew naturally and gave the cheeses in velvety cover and contributed to its specific taste.

The English learnt to appreciate the Neufchâtel during the numerous exchanges, usually wars, against the Normans during the Middle-Ages. However the population fraternised with the invaders. In this way, the young women offered the hearts to the English soldiers to show their sentiments.

It is not until several centuries later that there is documented evidence mentioning the cheese. Around 1543-1544, the Coeur de Neufchâtel cheese is cited for the first time, in the accounts of the abbey of Saint Amand in Rouen. Under Louis XIV the draining of marshland in the region lead to a large increase in the number of cattle. This is associated with the introduction of the Norman race of cow, which was given over to the production of milk, which in turn lead to important developments in cheese-making. From this period onwards the cheese was present on the markets of Paris.
In the 18th Century, the cheese was renowned in all of Normandy and even abroad. It was very popular on the other side of the Channel. At this time, the abbot of Marolles classed the Coeur de Neufchâtel cheese in a high position in his list of the top French cheeses.

A number of dairy cow breeders preferred to deliver their milk to the dairies (Gervais, Co-operative Beurrière d’Aumale, Picault). To ensure its notoriety and its identity, the Neufchâtel benefited, along with other cheeses, from a quality assurance label after a ruling in 1949. However these labels were stopped in 1953. This is why, in order to maintain and develop the production, the Agricultural Association of the district of Neufchâtel created in 1957, the ‘Syndicat de Défense du Label de Qualité du Fromage de Neufchâtel’ (‘The Union for the Defence of the Label of Quality Assurance of the Neufchâtel cheese’) This association obtained the cheese its Appellation d’Origine Contrôllée, which was given by the decree of the 3rd May 1969, a draft of the decree which was issued in 1977, which was then modified by the decree of December 1986, this AOC protected the cheese against imitations. In 2006, 1532 tons of Neufchâtel cheese was produced by 23 farm producers, 4 artisan producers and 2 dairies. 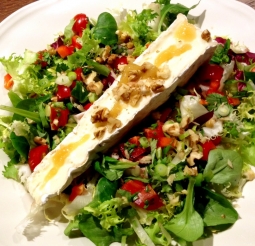 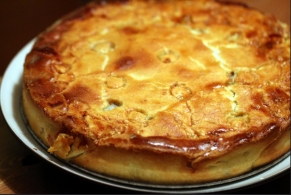 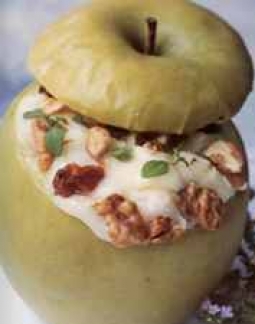