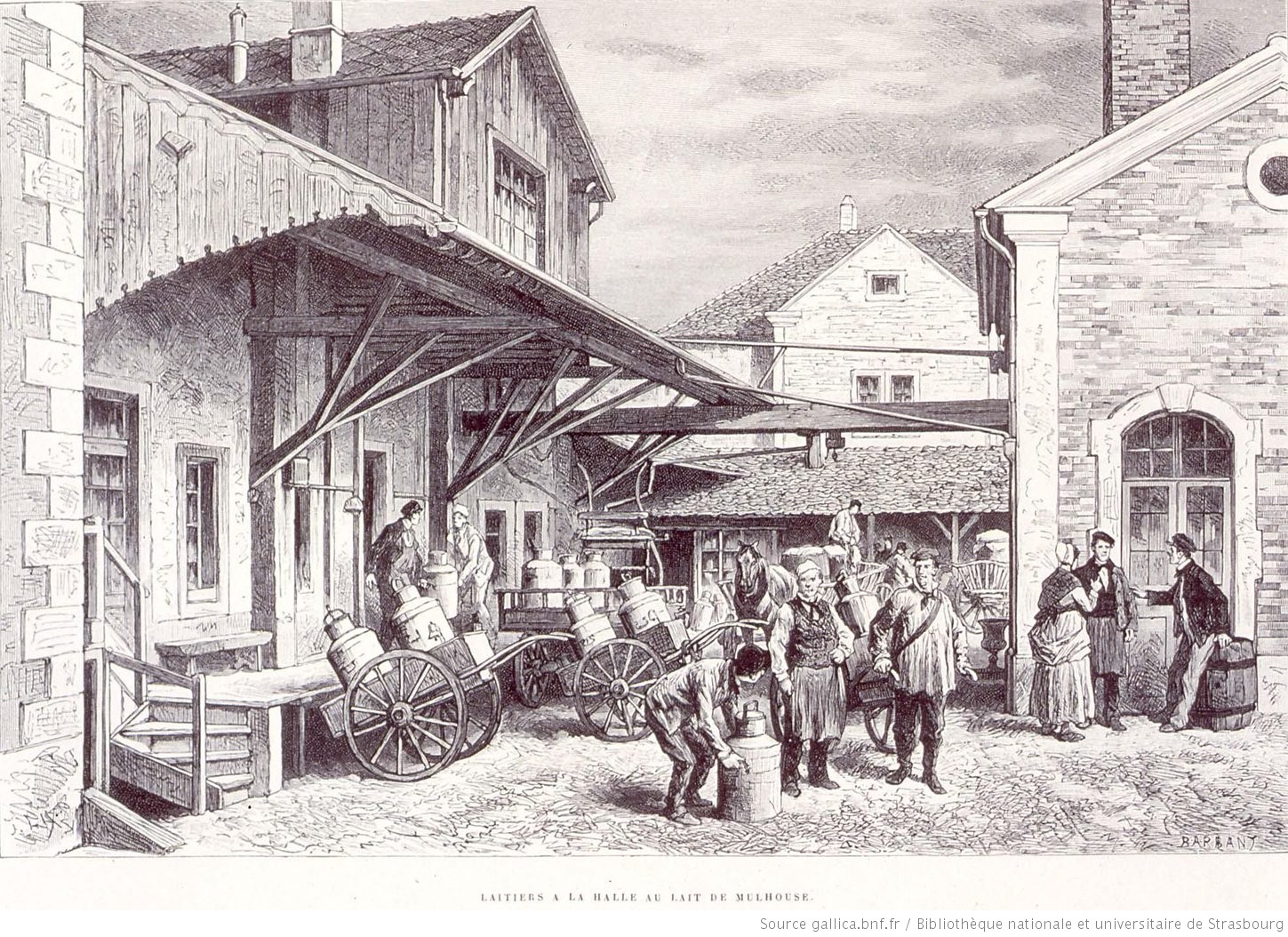 For 20 centuries, the only milk available was « raw milk ». Raw milk is the milk in its natural state. It is not heated before being transformed and should be used within the 12 hours following its collection.

Raw milk can keep for 24 hours if it is refrigerated straight away at 4°C. The raw milk, which contains natural bacteria, gives a varied and refined fragrance to cheese, and the desired texture. Most of the farm made cheeses are made with raw milk, the use of which is obligatory for many AOC cheeses.
When working with raw milk, it must be transformed into cheese very quickly after it was collected.

Milk is made up of the same elements for all the species of animal which produce it, but the proportions are different. Cow’s milk contains on average 87% water and 13% dry matter, in other words nutritional elements. Goat’s milk is very similar, but ewe’s milk is slightly different, in that it is richer because it contains 20% dry matter.
If the milk is collected from a large surface area, pasteurisation is obligatory for sanitary reasons.

Pasteurisation consists of the heating of the milk to a given temperature and for a certain amount of time (around 72°C for 15 seconds), then it is cooled quickly. This destroys a large part of the bacteria. In this way, the pasteurisation gives the milk a longer life: it can be conserved for longer, but it looses its physical and chemical qualities and its sensory qualities.
The specific flora is destroyed when the milk is pasteurised, and it is the flora that gives a cheese the taste of its area of production.

01. Good cheese depends on good milk 02. Raw milk cheese has travelled the centuries 03. Why continue the production of raw milk cheese? 04. Bacteria and mould in cheese 05. Save the raw milk cheeses
Previous article
Next article