Comté cheese has been a shared legacy for centuries. Comté is the product of the link between man and the land. When it is made according to the traditional methods, each round of cheese expresses the cheese dairy from which it was made, it’s exact area of production, the season in which it was made, and the particular savoir-faire methods of it’s master cheese maker and master affineur.

Latin texts from the beginning of the millennium explain  that Sequanie (Franche Comté) and Helvetie (Switzerland) produced cheeses that were enjoyed in Rome.

1264-1280: The first written traces of the flourishing cheese production in Deservillers and Levier.

1380:  A ‘cheese of a large size’ was written about, implicating the necessity for collecting a large quantity of milk which could only be produced by a co-operative system or on a large space of land owned by noble land owners.

15th Century: The peasants revolt- leading to an abolition of the rights of the landowners and to the implementation of a local democracy and local institutions, which lasted until the revolution. Large sized cheeses were made using techniques developed previously by the land owners.

End of the 16th Century: Development of the cheese market due to the growth of the towns. The production of cheese was no longer destined for only for consumption by those who produced it, but was made to be sold.

1678: After Louis XIV conquered Franche Comté, the region was depopulated, and a number of Swiss from the Gruyere region, moved to the area bringing with them the methods of curdling the cheese, leading to the production of a cheese ‘Vachelin, made in the same way as Gruyere.’

18th Century: there was a large increase of the population and the co-operative dairies moved towards the mountainous areas, and then to the fields.

19th Century: particular buildings (chalets) were constructed by individuals for the fabrication and maturing of the cheeses.

1850: The railways were constructed, facilitating the movement of produce, which produced an economic crisis and a fall in the price of cereals. Mixed farming was abandoned for grass farming.

1880: the beginning of the designation ‘Gruyere of Comté’ indicating the specific origin. Comté became a symbol of the region. There were 1800 co-operative dairies at this time, adopting the production depending on the season.

1882-1905: Agricultural and industrial crisis which led to large modifications: the modernisation of production (steam powered machines, electricity), the creation of dairy schools, the selective breeding of dairy cows, the appearance of the ‘maison d’affinage’ for maturing the cheeses…

1914: There were 500 co-operative dairies. During the war, a number of cheese makers came over from Switzeland to replace the men who had left to fight in the war. In 1919, in the Doubs, more than half og the cheese makers were Swiss. 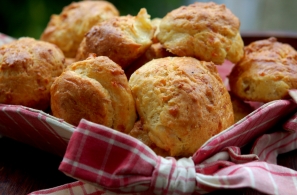