In Auvergne, the cheeses produced there are part of its legacy just as much as the Roman churches and thermal baths. The cheeses of this region have been enjoyed since ancient times, where the Arvernes amazed the Romans with the quality of their cheeses.

In the Middle-Ages, the peasants paid their landowners in cheese. The cheese was produced in the around areas of the Monts Dore. In the 16th Century, the development of these productions which were transhumance, led the people to make large rounds of cheese, combined with a mixed production of rye hay in the winter (as there was less milk available) and of a similar process to Cantal, in the summer.  Today, these areas of production still create cheeses with similar characteristics; pressed and uncooked

Henry de Senectere (1573-1662), a lord of Senectere, ambassador in England and Rome, member of the secret council under Louis XIII, Interior Minister under Mazarin, political man, had a son; Henry II (1600-1681) baron of La Ferté, who was named Lieutenant Marechal de Camp after the battle of Rocroi, and the Marechal of France in 1651.

After the signature of the peace treaty between France and Spain, the Marechal de Senectere was made the Governor of Metz and Vic and the Evêché of Verdun. In 1666, Louis XIV established the the barony of Ferté Saint-Necatire in Dutch-Pairie. Henry II of Senectere was concerned with the  promotion of the cheese which shared the name of his illustrious family. Louis XIV often demanded ‘the cheeses of Monsieur de Senectere’ which led to the name Saint Nectaire.

Between 1700 and 1800, the cheeses of Auvergne were not in fashion because other French regions had improved their cheese production and also foreign cheeses were popular.

In the 18th Century the production of Gruyere was adopted in the region of Mont Dore. The disdain of the peasants of Auvergne for the Gruyere provoqued the departure of the Swiss. The producers of Saint-Nectaire succeeded in improving the process of fabrication.

During the period of the war of 1792-1815, the young soldiers from Auvergne discovered Holland. On returning to France, they put the methods of fabrication they had learnt, into practice. A committee of cheese-makers from Auvergne went to Holland to perfect the methods.
The fabrication of Saint-Nectaire improved between 1830 and 1850, and also increased. In the first half of the 20th Century, production was made entirely by farm dairies.

Firstly linked to a self-sustaining economic system where the village producers, especially in the mountains, were particularly isolated, the production of Saint-Nectaire saw a period of regression between 1929 and 1950, due to a massive rural depopulation and a mechanisation of production. Although suffering from imitations made in other regions and Italy, Saint-Nectaire was not part of the first wave of classifications of cheese set out by the Minister of Agriculture in the 3rd February 1934. Nor did it feature in the decree of October 1936 which defined 22 types of cheese. Saint-Nectaire only appeared in 1941.

This situation led the producers, under the leadership of Pierre Boyer, to unite to defend the cheese. They created the Society of Farming and Improvement of Dairy products of the Cantons of Montagne de Besse and Issoire, which succeeded in just 4 years to reduce the number of imitation cheeses to 20 percent. The judgement of the Tribunal of Issoire on the 1st December 1955 indicated that cheeses with the name Saint-Nectaire must be made with fresh, whole cow’s milk, curdled before cooling as soon as possible after it was collected, in other words it gave the framework for the fabrication of farm made Saint-Nectaire. 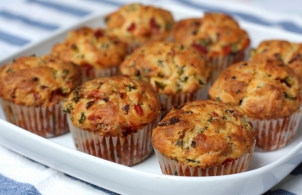 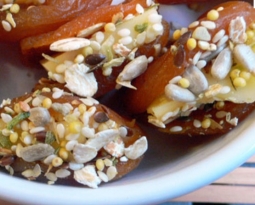