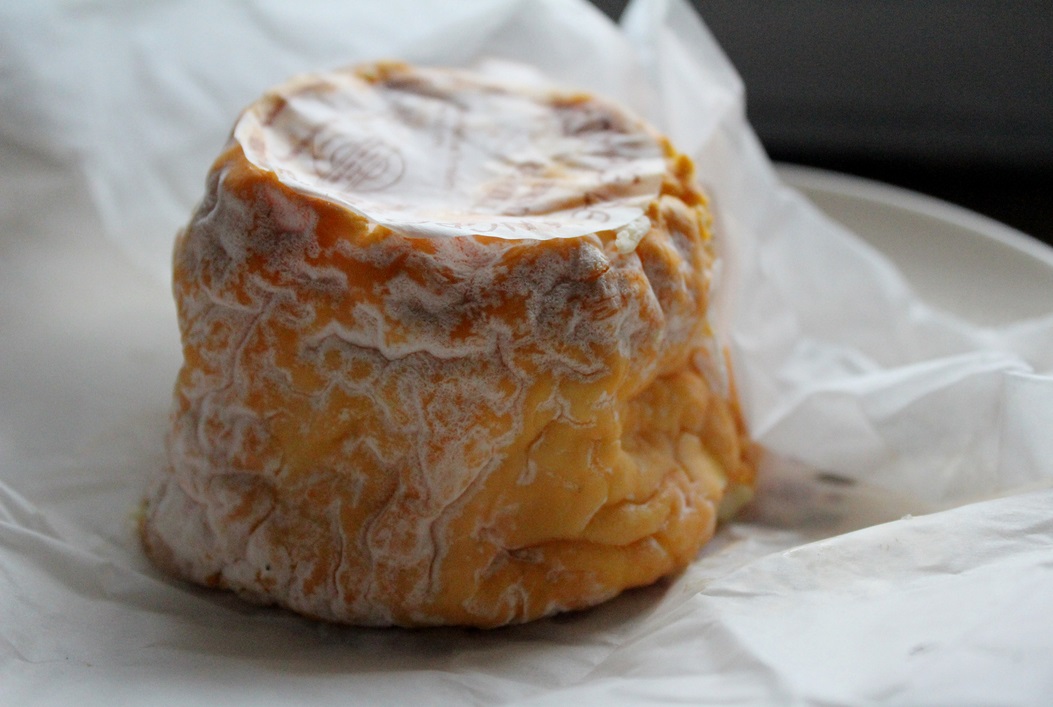 Washed rind cheeses are characterised by their rind which is a pale yellow, orange, reddish colour and their pungent smell.

These cheeses have a slightly yellowy, orange pate and develop a powerful odour of fungi, onions and the barn.

The fabrication of these cheeses is like that of the soft bloomy rind cheeses. The curds are obtained using mixed curdling, with a dominance of rennet. The curdling often takes less than one hour.

The curds are then cut and mixed. The cheeses is then put in moulds in ‘faisselles’(cheese strainer) of varied shapes (square, round, heart shaped etc) or formed by hand. When removed from the moulds, the cheeses are salted and put in the ‘hâloir’, the place where they are left to dry.

The cheeses are left for a long time in cheese cellars, for between one and several months. The name of this family of cheeses comes from the way in which they are matured. They are washed and brushed regularly with either salted water, water and red ferments (a flora composed of yeasts and bacteria) or water and a sort of alcohol (marc de champagne).

This treatment generates a selection of ferments to develop on the surfaced of the cheeses, and a limitation of the development of Geotrichum. It also favours the formation of a smooth, soft, shiny rind, which has a strong odour. These processes were initially used to prolong the conservation of the cheese, the technique was developed in the Middle Ages by a number of monasteries.

Originally, the red ferments were present in the milk that was used, and corresponded with the area of production; today, they are cultured or appear on cheeses that have been matured for a long time.