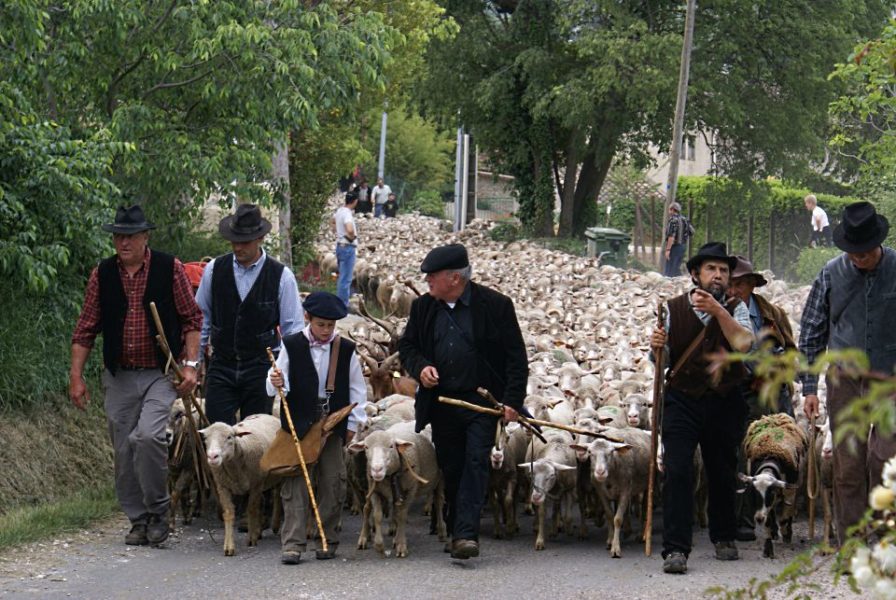 05. French cheeses maintain a link between communities and collectives.

Autonomous and responsable, the cheese producer has developped a reactivity and an imprtant open mindedness linking with external professionals to develop the savoir-faire methods.

The shared savoir-faire methods often explain the organisation of the group or the whole society. The cheese producer keeps the countryside alive, contributes to the richness of the region and adds to the dynamism of the agricultural economy.
It is especially by their presence on the terrain and in the countryside, that the cheese producer is most useful: involved in local life, they maintain the economy in rural areas which are often deserted by other businesses.

Elected municipally or a volunteer fireman, the cheese producer is often involved in the running of the community. Thanks to the cheese producers and their families, schools can remain open, the artisans and sellers of the villages have work. The cheese producer depends on the seasons, the climate, nature and the animals, in other words of the ‘living.’

In sync with the environment, of which the cheese producer feels responsible, like the trustee for all, they use the least amount of treatments as possible. They respect durable development and know today to give value to the best usage of fertilizer and manure from the cattle. All of these practices are regulated and controlled.

An example of this community is in Aubrac, where the rigors of living in the mountains, the coherence of practices, the deep character that forms the ancestral civilisation, the respect of values, have forged a sense of hard work and hospitality. All of these elements are, without a doubt, the origin of active solidarity of the region. The exceptional local cheese gastronomy is thanks to the local community involved.

Elsewhere, the phenomenon of a transhumance pasture or of the high mountain pasture, cultivated like an art, are accounted to the cheese making production community. The numerous village fetes, rights and popular traditions based around cheese are also proof of the active role of cheese production in maintaining the links in modern society which is today, more and more individualist.